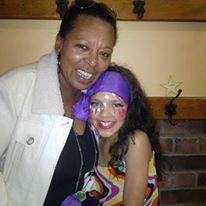 Estelle Hendricks: Chairperson (since 2017)
She is an entrepreneur and the founder of All-OnBoard Training. She has a strong corporate background where she
provided adminstrative support in various capacities at differenct companies. She previously provided computer literacy  training and web-design services at the Communicare Learning Centre in Ruyterwacht near Goodwood. She also acted as  operations manager at Al Noor Orphanage based in Woodstock. Estelle is currently the manager of a cleaning company. 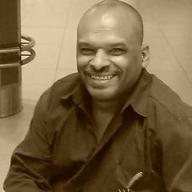 Frank Julie: Executive Director and Founder (since 2012)
Frank Julie is the founder and executive director of YoungPeople@Work and is an organizational development practitioner, activist, consultant, advisor, strategist, facilitator and author (www.nonprofitconsultant.org.za). His journey in the development sector started in the late 1970’s as a volunteer, organizer and programs manager for various community based organisations. In the early 1990’s he launched the Resource Action Group (RAG), a youth development agency focusing on building capacity amongst young marginalized youth to access sustainable livelihoods. He was the executive director for 10 years. Frank acts as strategic advisor for many non-profit organizations. He is a founding trustee of the Youth Development Network (YDN), a consortium of 6 youth development agencies where he served for 5 years (www.ydn.org.za). He is also the co-founder and chairperson of People First Foundation, a group of highly experienced development practitioners sharing their skills and experiences with survivalist and marginalized community based organizations (www.peoplefirstfoundation.weebly.com).  Frank is also a co-founder and ex- trustee of the Southern African Fundraising and Leadership Academy (SAFULA) and founder of the Master Fundraising Mentoring Forum and Music Academy for Rural Youth.

He is the author of amongst others "The Art of Leadership and Management on the Ground" and "The Roots of the NGO Crisis in South Africa - A Look Beyond the Surface". He studied social science at the University of the Western Cape and Adult Education and Training at the University of Cape Town where he obtained a Masters Degree. He studied fundraising and development at the Centre for Development and Population Activities (CEDPA) in Washington, USA.

Marileze Johannes: Treasurer (since 2017)
Marileze is currently employed at Metropolitan Holdings call centre based in Bellville. She previously acted as  a freelance trainer specialising in administrative skills and call centre training. She was employed at Vmed as a consultant where she has been working for a number of years. Marileze was a volunteer at the Resource Action Group (RAG), a youth development agency, since 1993 where she was responsible as the project leader for the computer literacy project. She was  the youngest member at age 12 at the time and later started and managed Eyona Yona, a job placement agency that worked closely with RAG. She also specialises in call centre training, adult education and programmatic impact measurement of especially youth employment programmes. 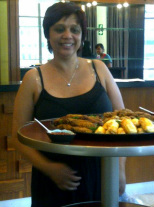 Shirley De Jongh - Minute Secretary and staff representative (since 2012)
She has been a volunteer with the organisation since September 2012 and was promoted to a staff member in December 2012. She qualified as a computer facilitator and also assists with financial administration. She is an organiser of the Youth Empowerment Workshops and Community Information Sessions/Open Days. Shirley has spent approximately 19 years in the clothing industry as a Production Planner and  Trainee Manageress. She currently serves on the board of YoungPeople@Work as well as People First Foundation as minute secretary. She is currently the operations manager for YoungPeople@Work. She has a great passion for catering!

Ronald Wesso: Member (since 2013)
He has a long history of involvement with marginalised youth since the early 1980s in various student and youth formations. Ronald is currently employed at the Surplus People's Project as Information, media and advocacy practitioner where he has worked since 2008.  His responsibilities include popular education, research, media production and liaison, social mobilisation, developing educational material, social commentary and analysis. He previously worked at the International Labour and Research and Information Group (IlRIG). He is also a qualified male nurse and worked at various private and public hospitals prior to 2008. 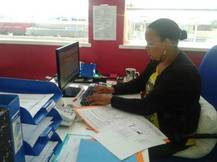 Victoria Petersen - Vice-chairperson (since 2017)
She lives in Elsies River, married with two beautiful children. In August 2012 she attended our Youth Empowerment Week at Bishop Lavis library. She said she was unemployed. Her passion was helping her community. She did many jobs earlier through labour brokers. She decided to volunteer at YoungPeople@Work and started to work on herself. The rest is history! Now she is a qualified computer facilitator, a fieldworker for Dreamworker where she interviews and registers unemployed people, busy with her second 6 month social media course at RLabs Social Media Academy and trains unemployed youth in online job search training at Adriaanse library. For Victoria Petersen the sky is NOT the limit!! Now she understand when we say "We Live to Work, We don't Work to Live!!"
You go Victoria!! We are proud of you!!